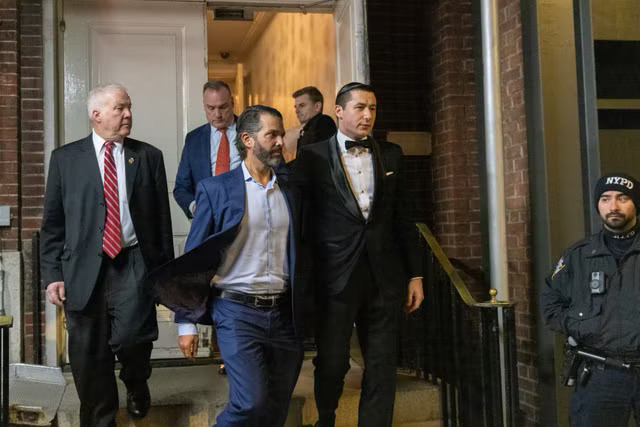 A constellation of far-right influencers mingled with members of Congress in New York City, where Republican attendees were told to brace for ‘total war’
The White House issued a furious response to far-right Georgia GOP Congresswoman Marjorie Taylor Greene, saying that her latest comments about the January 6 Capitol riot were a “slap in the face” of law enforcement and of the families of victims.

The response comes after far-right influencers, white nationalists, neo-fascist activists, and extremist European figures mingled with Republican members of Congress and allies of Donald Trump at a black-tie event in New York City, where Ms Greene suggested rioters “would’ve been armed” had she organised the attack.

At the group’s annual gala in Manhattan on 10 December, the president of the New York Young Republicans Club declared “total war” on the political left, according to the Southern Poverty Law Center, whose reporters attended the gathering.

“We want to cross the Rubicon,” group president Gavin Wax told a crowd in the Upper East Side, according to the SPLC’s Hatewatch. “We want total war. We must be prepared to do battle in every arena. In the media. In the courtroom. At the ballot box. And in the streets.”

Among the figures in attendance were Steve Bannon, Rudy Giuliani and Donald Trump Jr, along with members of white nationalist website VDARE, “Pizzagate” conspiracy theorist Jack Posobeic, and several people connected to right-wing propaganda operation Project Veritas, according to Hatewatch and The New York Post.